Home Uncategorized Hitler and the A=440 Concert Pitch

Hitler and the A=440 Concert Pitch

There is much out there in internet land concerning Hitler’s use of the A=440 concert pitch to wage war and cause confusion. Although this sounds a bit far-fetched, there are many who believe it… hook, line, and sinker. For now, we’ll call it a theory. I propose that he used means of “sonic warfare” other than meddling with setting our current concert pitch standard.

Myth #1 – The standard concert pitch was A=432 prior to setting the current standard to A=440 in 1939. CLICK HERE to read an article on the subject of standardizing concert pitch. In a nutshell, the concert pitch varied from country to country until the early 20th century. I state in another blog post that if you want to truly understand the battle with concert pitch, talk to a piano tuner. Concert pitches ranged anywhere from A=417 up to A=457 from the Baroque era until the international standard was set. Many times, local towns used the clock tower or church bell to set the concert pitch of musical instruments.

Why did we even need an international standard? The obvious reason to someone who is a musician… I’m not sure I’d enjoy having 10 different clarinets in 10 different concert pitches when traveling to various countries to perform with those orchestras. This would be likened to going to hardware stores in different towns and each has differing measurements for bolt sizes. At some point when you’re involving large areas, there has to be some form of standardization for tools and measurements. 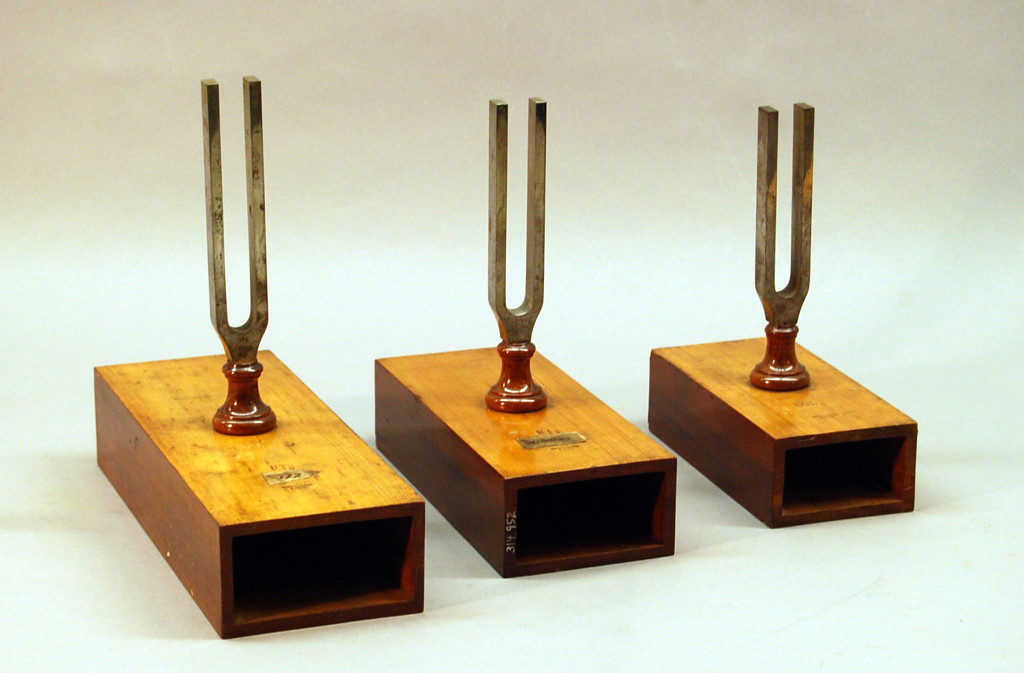 Myth #2 – Hitler influenced the decision of the ISO (International Organization for Standardization) to set the tuning standard to A=440. How is this even possible? During that time, Hitler was hated by many countries especially since it was leading up to WWII. Yes, Joseph Goebbels attended that conference as a representative of Germany but he was only one voice. Every country was allowed one vote. In my human mind, I find it difficult to believe that Goebbels swayed every country to vote for A=440. Yes, I’m sure some say countries were bought out by certain influential rich people. However, there doesn’t appear to be any reputable evidence that’s the case. Even if there was some of that going on behind the scenes, both the US and England were already using A=440 or A=439. Although the theory is plausible, I doubt it’s probable. Germany was causing a lot of problems so if it’s like current political practices, other countries would have blown them off at such a request.

The other bit I’d like to add about this involves actual performing practices. Even with the standard set at A=440, the concert pitch only sets the main note. Tuning beyond that is determined by temperament. Equal temperament tuning (our modern standard) was widely adopted in France and Germany by the late 18th century and in England by the 19th. Other countries soon followed their lead. The industrial revolution, where exact measurements made everything easy, contributed to the rise of equal temperament.

That being said, the only instruments that truly play and stay in equal temperament are pianos and fretted strings. All other instruments have the ability to make adjustments in specific frequencies during a performance. Guitar players can always stop and re-tune as needed. So, even if the A above middle C is set to 440 Hz, pitch varies by temperature and humidity of an instrument. My clarinet is made to play at A=440 in equal temperament. However, I can change barrels and make other adjustments allowing me to play as high as the A=444 concert pitch or as low as A=437. Anything higher or lower would be more difficult without re-drilling the tone holes. Uh, no thanks! I’ll simply get a different instrument.

My point here is that even though A=440 is set, there’s no guarantee that musicians stay there all the time. I’ve never performed in a group that doesn’t battle with rising pitches. When instruments get warm, they generally play sharp. So, there should be no worries about the A=440 damaging you, as some propose.

Finally, sound recordings were finally becoming available. Let’s say that in England, they record a Beethoven symphony at A=439. Then, in one European country, they perform and record the same symphony at A=435 and yet another orchestra uses A=444. Can you see the problem here? This bothered people hearing their favorite music in different concert pitches. This was one catalyst to setting a standard so that listeners could have several different performances of the same music where it didn’t sound like they were all in different keys. 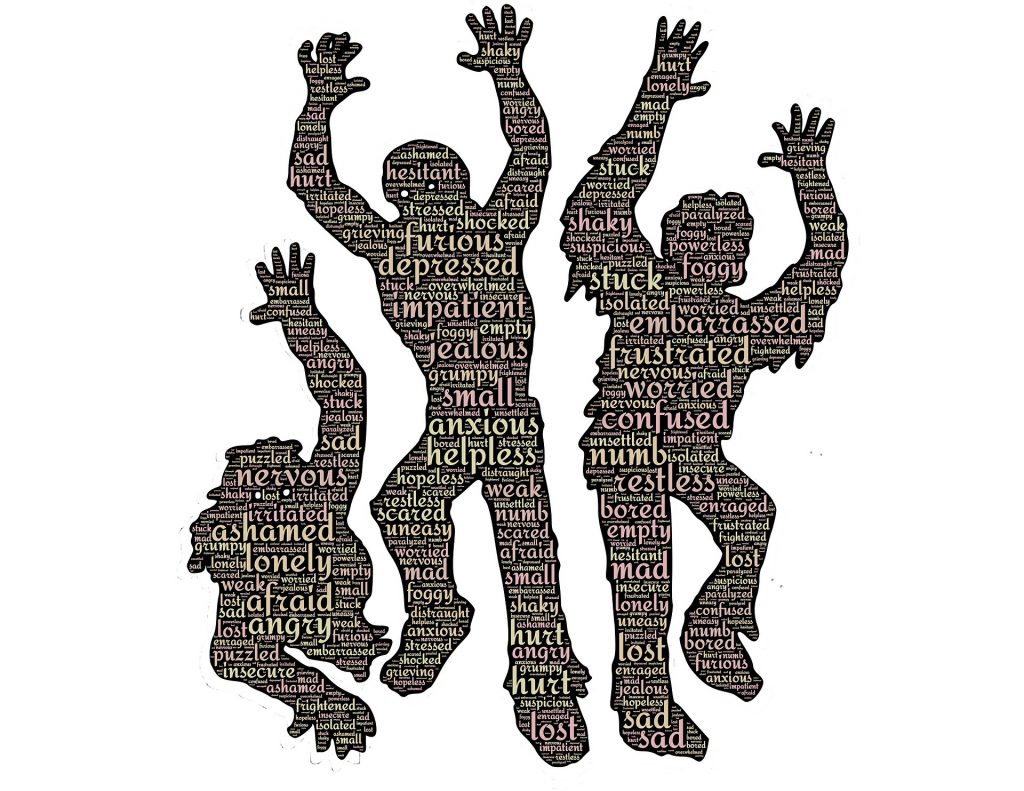 Myth #3 – Hitler used the A=440 to cause chaos. When I first read this, I chuckled. If you read what I wrote in myth #2, staying at or in A=440 concert pitch is a difficult feat, even for symphonic musicians. What Hitler DID do was play music over loud speakers 24/7. This not only included music but Nazi propaganda. It was a type of sonic warfare meant to brainwash the German population. This is outlined in a book by Steve Goodman titled Sonic Warfare: Sound, Affect, and the Ecology of Fear.

If you know anything about sound amplification during the 1940’s, you’ll understand that no matter what was played over the amplification system, it probably sounded horrible. The tonal quality of sound systems was scratchy, edgy, and would not have sounded pleasant at any time, much less 24 hours per day, seven days a week! Blaring megaphones and speaker systems were in their infancy. Imagine yourself going to a football game where the cheerleaders hold those battery powered megaphones. They yell something at the crowd and the crowd chants something back. For a football game, it’s fine because it allows the crowd to hear the necessary information. They’re meant for voices, not music. I’m sure that Hitler’s projectile sound system had similar annoying capabilities. I would liken that sound quality to having someone stand at a chalkboard, running their fingernails up and down the board all day long. That would be enough to drive most people crazy.

Many of the conspiracy theories surrounding Hitler’s use of music and the A=440 concert pitch started with people who are/were not musicians and don’t understand music. They suggest that the history books are wrong but if you look at the evidence, that evidence supports what’s written in history. All I’d have to do is get permission to play the clarinets at the Smithsonian Institute and I could safely say that I’ll find they’re made to play in at least four or five different concert pitches. I’ve played on clarinets built in the USA prior to the 1920’s and know they’re tuned to A=440. That’s nearly 20 years before the international standard was set.

Myth #1 can’t be true because we have evidence of many different concert pitches up until the standard was set. Myth #2 should be explained well enough under that heading. But, if you compare this to current events, it would be like North Korea sending a delegate who tries to sway all the others to a specific choice. Uh, probably not going to happen. So, why would anyone listen to Germany’s delegate at that time? Myth #3: Any music, despite the concert pitch could be used to create chaos. Hitler’s brainwashing was done through amplification, not blaring music at A=440. Even with primitive sound systems, music at A=432 would sound equally bad.

With that, I hope this post answers any lingering questions readers have about Hitler and the conspiracy theory behind his use of the A=440 concert pitch as a form of sonic warfare. The evidence demands a verdict and I can safely say that based on my musical training and knowledge, the jury rules in my favor – the theory is debunked.

Del – feeling a bit like a Mythbuster. Where’s Jamie when you need him?