Royal Raymond Rife had a lab where he worked on fighting cancer with frequencies. He is also the inventor of the “universal microscope.” After discovering which frequencies worked, he used them in clinical trials that were documented by the University of Southern California.

The group, Novobiotronics, is taking Rife’s work and furthering his research. From what I understand, Rife was eventually discredited by the American Medical Association. This seems to be an ongoing occurrence for those who find cures for cancer outside of drugs. I think it’s more than a coincidence that non-drug cancer treatments tend to get shut down, deemed unethical, or are considered “hocus pocus.”  I’ll let you be the judge of that yourself based on your own research. But, here are some websites and videos to get you started.

What I find extremely interesting is that Rife used frequencies (in the radio frequency range) to kill cancer. I think that if we truly understood the power of frequencies, much for us would change.

In order not to sway your thinking on Royal Raymond Rife, I’ll send you to some resources that may assist you in making your own decision.

Video of Rife talking about his project.

In this video, you actually hear Rife talking along with others on his project. There are also photographs of letters. It presents a lot of evidence to show he actually did the research and had proof, through the University of Southern California, that his methods indeed cured cancer. Sixteen out of sixteen patients in this particular trial were pronounced cured of cancer.

Here is a PDF with summaries of Rife’s work. 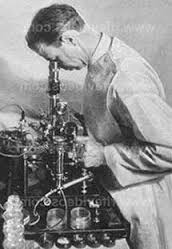 This work can be purchased but here it is, all 224 pages so you can look for yourself and see what Rife did, how he did it, and how that work has been carried on. This file also includes exact frequencies that were used, pictures of the various machines, and presents in great detail how certain studies were conducted.

A video of Anthony Holland with Novobiotronics doing experiments on killing cells with frequencies.

This is a 45 minute video where you can actually watch Anthony Holland (I believe that’s his voice in the background) providing feedback on what he’s seeing. What I like about this video is that he tells you the specific frequency that’s killing the cell. These are very similar experiments that Royal Raymond Rife conducted. For those who want to support this research, you’re given an opportunity to donate directly on the site.

A documentary of Royal Raymond Rife

This documentary is about two hours long and includes testimony in Rife’s own words. Pretty much, anything you want to know about Royal Raymond Rife and the conspiracies surrounding why he disappeared from the limelight right after he discovered a cure for cancer is all here. The first video is part of this longer video. In addition to this documentary, here’s a radio broadcast that also provides some great information.

What I find interesting is that Rife used frequencies to kill cancer as well as most other diseases. As organizations continue to research this subject, I agree with what’s presented in the documentary – it may take 50 to 100 years beyond the time of Rife’s work before his discoveries truly come to light and will no longer be considered hocus pocus. Since the American Medical Association backed a lawsuit that was focused on discrediting Rife in 1939 (even though Rife won that lawsuit), Rife’s influence greatly dwindled because of the devastation it caused. Eventually, the FDA began shutting down any doctor using a Rife machine in the 1950’s.

We are at about the 70 year mark now from the time the AMA and FDA began a campaign to discredit Rife’s work. Will it take another 30 years for the medical community to realize drugs are not always the answer? If drugs are so good for us, why are there so many side effects? Is it possible that we’re looking in the wrong places for cures to diseases?

As Nikola Tesla quoted, “If you want to find the secrets of the universe, think in terms of energy,frequency and vibration,” maybe Royal Raymond Rife really was on to something.